Professor Fels is among finalists who have all demonstrated their outstanding contributions to the promotion of mental health, or the prevention and treatment of mental illness.

The Commission wishes to acknowledge the calibre of all six finalists for the 2017 National Mental Health Prize, they are all exceptional Australians who continue to demonstrate an  immeasurable commitment to improving the lives of people with a mental illness and their carers.

The six finalists were selected from 56 entries across Australia.  The winner will be announced by the Hon Greg Hunt MP, Minster for Health at a ceremony on 20 November 2017.

Professor Allan Fels AO has devoted much of his life to advocating for improving the lives of people living with a mental illness and their carers.  His key achievements include:

As ACCC chairman, Professor Allan Fels consistently and fearlessly confronted the bastions of power in Australia (big business and politicians) in efforts to ensure Australians were given a ‘fair go’ – becoming one of our most famous public figures.

After battling for consumer rights, Professor Fels turned his considerable intellect and tenacity towards fighting for the thousands of Australians who suffer from mental health problems, such as his daughter Isabella who has schizophrenia.  He has fought behind the scenes and publicly to reduce the stigma associated with having a mental illness and tirelessly worked to help people with a mental illness and carers to lead contributing lives in thriving communities. 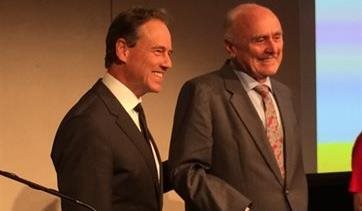